The use of the term in the bankruptcy context does not carry the connotation of “decoy” or “deceit” that it carries outside of bankruptcy. It refers instead to the initial proposed purchaser in a 363 auction process whose deal with the debtor is subject to higher and better offers. The stalking horse usually negotiates a break-up fee and other bid protections to compensate itself in case it is not the successful purchaser of the debtor’s assets. 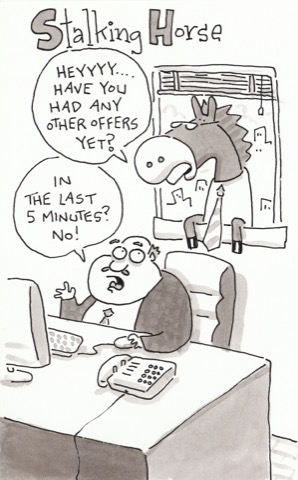