Brett Anders is Co-Chair of Polsinelli’s Creditors’ Rights, Loan Enforcement and Creditor Bankruptcy Representation practice. Mr. Anders enforces the rights and remedies of both securitized lenders and traditional lending institutions in state, federal and bankruptcy courts across the nation, having appeared in courts in more than 35 states. Mr. Anders utilizes receivership proceedings to ensure that lenders’ collateral is maintained and operated in a manner that protects its value, and also makes use of receiver sales as an alternative to traditional foreclosure proceedings, having overseen the sale of commercial buildings in Dallas, Texas, nursing homes in St. Louis, Missouri, condominium projects in Orlando, Florida, and strip centers outside of Chicago, Illinois, to name a few. Mr. Anders also represents both securitized lenders and traditional lending institutions in lender liability proceedings, represents lenders in disputes among participants and co-lenders, and specializes in numerous forms of bankruptcy litigation. Mr. Anders has been included in The Best Lawyers in America® annually since 2007 and Super Lawyers since 2008. 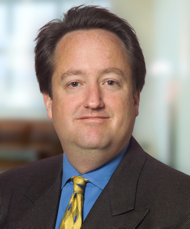